July 23, 2012September 19, 2018
I know I promised a Philosophy Phriday post and now it’s Monday, but let me tell you one of my many philosophies: There’s no shame in putting things off in favor of a nap. This is maybe why I don’t get very much done.
Anyhow, instead of Philosophy Phriday how about a Meditation Monday? And then a nap. Because I’m feeling productive today and will put off nap time until after I blog.
So here’s what I’m meditating about. I love my bedroom and I love my bathroom and I don’t really like my kids to be in either of those places. Because kids make messes and sometimes I just want to get away from the messes. And maybe the kids.
So imagine my reaction one morning when I looked up from my shower to see this in my tub:
﻿

That’s a Littlest Pet Shop floating in a jar that used to contain my soothing bath salts. And it kind of reminded me of this:

Which brought on the epiphany that I’m living in a lab. A big old science lab. And I’m the scientist. The mad scientist. (And I mean that in every sense of the word. Just ask my kids how often I yell).
I’m always trying some new experiment to get them to clean rooms/practice piano/do homework/stop fighting/make beds/go to bed/sit still/move faster. And as soon as I find some formula that works, they go and add some new variable that totally screws it up. That’s where the mad scientist part comes in.
The latest experiment involves the following hypothesis:
How does a mother spend hours a day swimming, biking, and/or running in order to train for a triathlon and then spend more hours a day writing because she likes that too and convince her kids to do all the housework and enjoy the parental neglect they are suffering from, all without feeling guilty?
If you have the formula for that, please pass it along. In the meantime, I think I’ll take a nap while the kids are entertaining themselves.
﻿
﻿

2 thoughts on “My Life in the Lab” 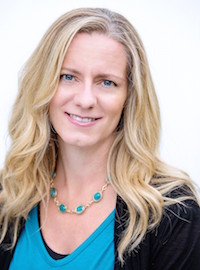